Do you guys remember that episode of Gilmore Girls when Luke finds out his nephew Jess is coming to stay with him, and he freaks out about how kids always seem to have jam on their hands? How even if there's no jam in the house, they still somehow have "jam hands"?

We DO have jam in the house. 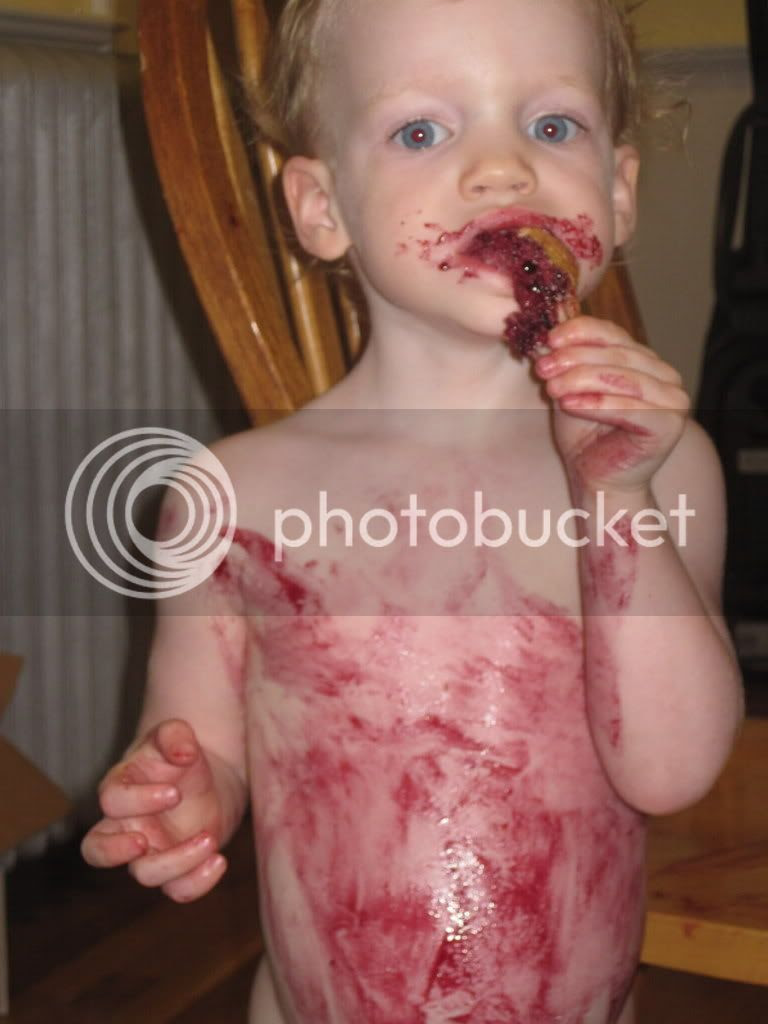 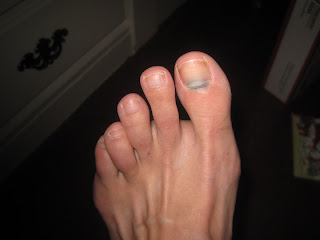 (That picture does not do justice to the amount of pain that poor toe is in. IT REALLY REALLY HURTS.)
Posted by Dr. Maureen at 8:29 AM 6 comments:

After a weekend pancake breakfast, Nora decided to clean up. It seems she subscribes to the “Neat piles of stuff” philosophy when it comes to making things tidy. 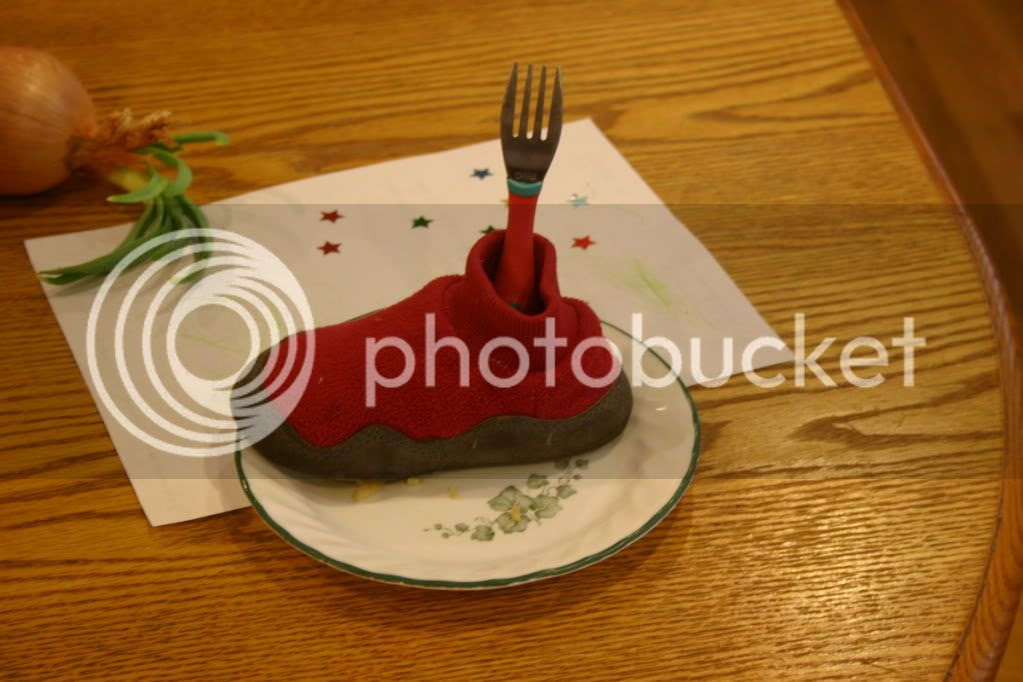 A few months ago, Jack had a bad dream and had to come sleep in our bed. The next day, as we were driving somewhere in the car, I glanced in the rear view mirror and saw him looking droopy and tired. “You can close your eyes and take a nap, honey,” I told him.

“OK,” I replied, “but it’s just that you look really tired.”

“But I’m afraid to go to sleep,” he said. “What if I have another bad dream?”

My heart broke, but I tried to play it cool and asked him if he wanted to tell me about the dream he had the night before. I can’t quite remember what it was about, but I do remember thinking, “Wow, that is pretty scary.” I think it was something along the lines of a bad monster chasing him, trying to steal him away from us.

But I can’t have a kid afraid to go to sleep, so I said, “Jack, you know that dreams are just in your head, right? And you’re the one in charge of your head! So you know what you should do? Before you go to sleep, you just tell your head, ‘Head? No bad dreams.’ And then if you have a bad dream anyway, you should just say, ‘Hey! I’m dreaming! That means I’m in charge! Head? Change this dream!’ and then you can just change the dream!” Jack giggled.

“I could turn it into a flying dream!” he said.

“Exactly!” I replied. “Those are my favorite dreams too.”

He did fall asleep in the car because he just couldn’t fight it. And that night, Andrew reported that Jack asked him to wait a second before he sang songs and then whispered to himself, “Head? No bad dreams.” He’s been telling his head what to do every night since.

But this breaks my heart even more, because the trust! In me! When he has another bad dream, which I assume will happen eventually, will he think I lied to him? Which… I did? But on the other hand, did I really? Maybe all it takes to keep away the bad dreams is to truly believe that you just have to tell your head not to have any.

Parenthood, man. It’ll get ya.

Yesterday, something small – I forget what, exactly – made a loud noise that surprised us. “Woah!” said Jack.

There was a slight pause while Jack processed this. Then he said, “Nora’s pretty loud.”

We have started the presumed hundred-year-long potty-training process with Nora, so she’s been spending a lot of time pantsless. As you do. Andrew found her one such time wearing naught but a t-shirt. “Nora, you’re naked!” he said.

She looked down at herself, and then looked back at him with genuine confusion. “I not naked, I still wearing a shirt.”